“People of Twitter: I am engaged in the making of a TELEVISION PROGRAMME for NERD YOUTH and I REQUIRE YOUR ASSISTANCE.”

We recommend you heed her rallying cry and hop over to the Flummox and Friends Kickstarter page — Christa and her crew are poised to deliver a smart, sassy, infinitely engaging and very necessary show for kids who are, well, flummoxed by social dynamics. We talked to Christa last week about  why Flummox and Friends needs to happen and how it will change the world when it does. 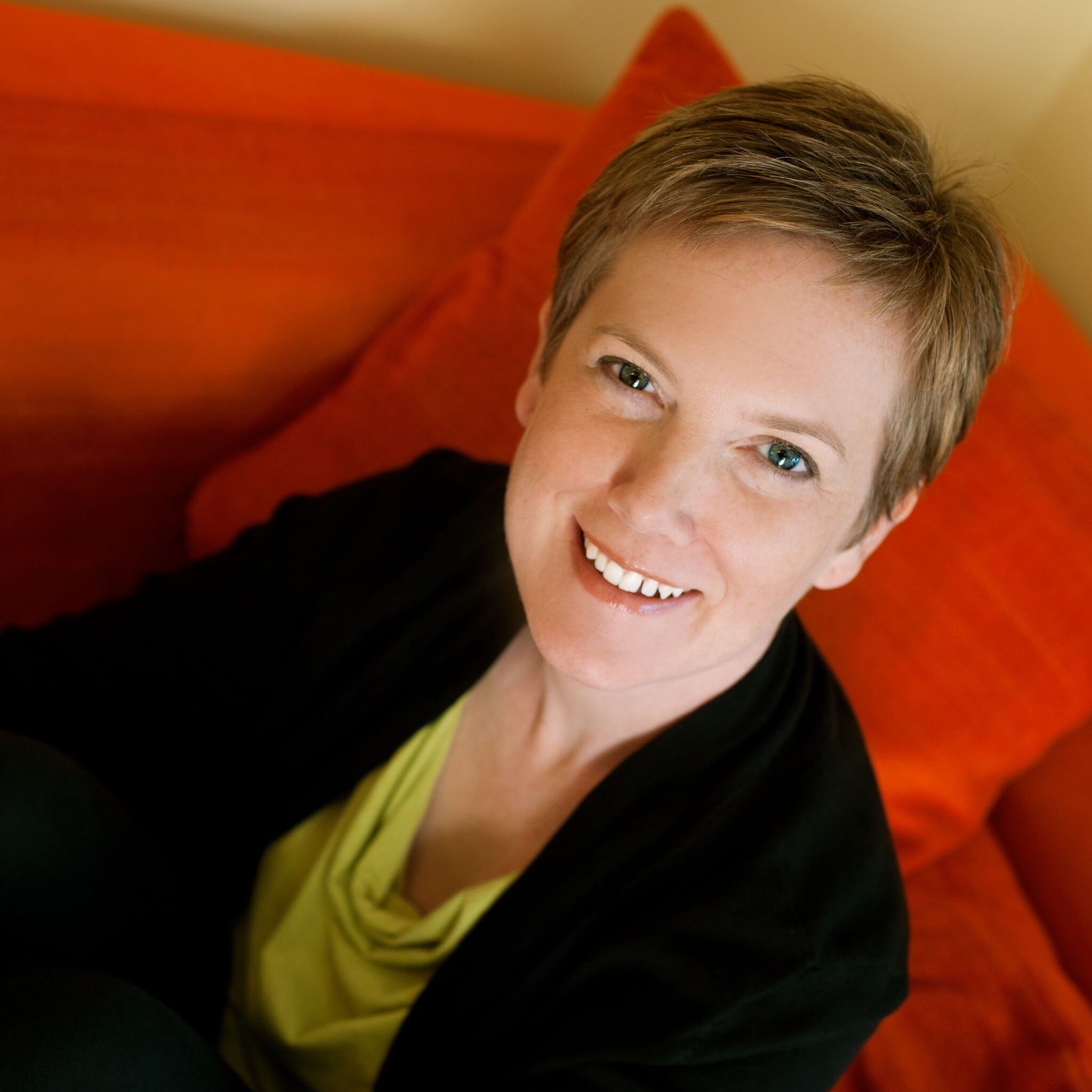 Tell us what Flummox and Friends will be like.

The show is a live-action comedy, along the lines of a contemporary television comedy rather than an instructional video or typical kids’ educational show.

The main focus of the show is Professor Gideon T. Flummox of Flummox Labs and his two lab assistants, Milo and Wanda. The three of them are quirky in different ways that viewers will both recognize and hopefully identify with. The trio work together inventing all sorts of devices and contraptions. Some of these inventions are designed to help them overcome the social challenges they encounter when interacting with their friends — like Suzie Swizzler, a bubbly and talkative chef, and Dex Brickerson, a suave and charming pilot. When the inventions fall short (or comically malfunction) they come up with new ways that they — and the viewers — can deal with the challenge.

The characters on Flummox and Friends don’t change who they are, or lose their quirkiness, when they learn a new way of coping with a social challenge. We want to try to show the world through their eyes — that these situations are weird and hard — and not make them into characters who need to be fixed or changed.

In between the Flummox Labs scenes, there will be short musical and animated segments designed to support the theme of the episode.

We think of it as a little bit Pee Wee’s Playhouse, mixed with The Big Bang Theory, with a little old-school Electric Company thrown in.

What inspired you to create the show?

For me, so much of this was inspired by my experience as a parent. My son, who has Asperger’s, gravitates towards humor and story as a way of expressing himself, connecting to others and learning. Any time he’s engaged in something that makes him laugh, he’s more open and more available to take in information. While people on the spectrum might not have the social wiring that comes built-in in a neurotypical brain, they often are incredibly sophisticated when it comes to humor and language and aesthetics.

Unfortunately, many of the products designed to teach social skills seem to ignore how sophisticated and smart our kids are. So for example, you’ve got a kid who enjoys the rapid fire dialogue of, say Phineas and Ferb, or can point out the differences between the original Star Wars and the 2011 reissue, and you give that kid a worksheet that says, “When I see my friend I say ‘Hello. How are you?'” well, it’s going to fall kind of flat. And I would even say that it’s not very respectful of the kid’s intellect.

So, I found myself wishing that someone would embed ideas about social and emotional skills into the types of programs my son and other kids like him really enjoyed watching: the ones of that are fast-paced and captivate and challenge his intellect and sense of humor. And eventually, sort of to my surprise frankly, I found myself developing it and writing it myself.

Who is your target audience?

We see the show appealing to a couple different groups.

One is families who have bright and verbal kids that are struggling with social interaction. These kids will have either been diagnosed with a specific condition, or might be those kids — and we think there are a lot of these — who are struggling but don’t have a formal diagnosis. These are the kids that we think are really falling through the cracks because without that diagnosis, they usually don’t have the pathways to support that are available to those formally diagnosed.

Another is educators and therapists. We think that teachers and therapists who are already teaching social skills will want to integrate episodes or portions of episodes into their existing curriculum. But we also hope that general educators will embrace the show, since we think that many teachers in regular ed classrooms see the need for something that helps them work on social and emotional development with all kids.

One note: this isn’t specifically a show “about” autism. It’s a show about friendship, and relationships and how relating to people is hard work, especially when friends have very different styles that can sometimes create misunderstanding and annoyance. And it’s about how those relationships — even through they’re hard work — are totally worth it, totally worth learning a few strategies for coping with the troubles. And in that way, we’re hoping that Flummox and Friends will appeal to people both inside and outside the special needs community.

Will it appeal to parents as well as to kids, like Bugs Bunny or Pee Wee’s Playhouse?

It’s critically important to us that families want to watch this together and that adults enjoy the show, not just tolerate it. We see one of the main goals of Flummox and Friends is to function as a springboard for conversations about social and emotional challenges — conversations that don’t feel punitive or judgmental, but that emphasize how normal it is to feel “flummoxed” by our weird and arbitrary-feeling system of unspoken rules. We think adults will relate to the characters and their dilemmas as they think about situations with friends or in the workplace.

How did you decide on the name “Flummox,” and why?

“Flummox” captures the idea of being baffled by something that’s inherently confusing — rather than being “wrong” or not smart enough. Plus, it’s super fun to say and has an “x” on the end!

Who helped create the show? Is it curriculum-based? Do you anticipate having parent/educator guides available?

I’m fortunate to be working with Jordan Sadler and Liesl Wenzke Hartmann, who are incredibly talented and insightful communication therapists. I first approached them when all I had was a detailed treatment of the show. I was hoping they could validate that it was a legitimate idea, that I was on the right track. I was thrilled when they loved the idea enough to want to work on it with me and make it a reality. They’ve developed the curriculum that will serve as the foundation for Flummox and Friends as an entire series. It’s called Tune in, Connect, Have fun! which really beautifully sums up the steps of social development and the positive outcomes of social competence in a lovely way.

Jordan and Liesl based the curriculum on the most up-to-date research on developmentally-based approaches for looking at social skills, and they also drew on their own experiences as practitioners working with kids who have different kinds of social and emotional challenges. I think one of the things that really sets them apart is their play-based approach for working with children. They really believe that humor and joy and delight are foundational for learning to interact and form relationships and the show really reflects that point of view.

They’re also working on a whole host of associated materials for educators and families that extend the content into the child’s environment and support the learning goals.

When you reach your donation ceiling, what will the next steps be?

We’ll go into pre-production mode, then shoot principal photography for a pilot episode. We’ve lined up a fantastic cast and most of our crew, but there’s still a lot of work to do to get ready to shoot. Once we have a pilot episode completed, we’ll try to get it seen by as many people as possible in hopes of finding a production partner who can help us turn this into a an entire series of episodes.

Is your goal broadcast or webcast TV — and does it matter?

Right now, I’m not sure it matters so much. The ways that viewers consume television is changing and evolving so rapidly — Netflix Instant is just a couple years old, YouTube just announced they’re launching more than 100 channels with original content — I’m really open to new possibilities for how to get our show out there beyond just trying to sell it to established players like PBS or Nickelodeon, which is kind of a long shot anyway. I think being open and opportunistic is in our favor now. Regardless of the distribution channel, we would want to be able to sell DVDs since that is still a big way families watch stuff and certainly important for the education market.

Of course, first we have to make an awesome pilot that people will love and want to watch! But, I think there’s never been a better time to get an idea out to an audience directly without going to ask permission from the typical industry and institutional “gatekeepers.” Rather than try to circulate a script or pitch an idea to someone else, we thought we’d be more successful by just going to the passionate community of parents and educators who we suspected were like us — looking for a show like this.

Want to make Flummox and Friends a reality? Please visit the Kickstarter campaign before December 9th, donate whatever amount you can, then share the project links with everyone you’ve ever met!