Buckle up kids, because this gets long and personal.

So, a long time (~seven months) ago, in a galaxy far, far away (rural New Hampshire) there lived a sad little girl (or KICKASS ADULT) named Julia who just so happened to have a friend named C. C and Julia had spent the past several months talking too much altogether about the TV series Glee, and C had begun to push for Julia to add a second show to her plate. Some brightly-colored sitcom about derelicts going to a community college.

And Julia was skeptical, but C was persistent, for she knew that if Julia liked the first two minutes, Julia would have a new favorite show. See, C knew something that Julia did not.

Now, there are a couple of things you, gentle reader, must know about Julia in order to appreciate what happens next. First, you must understand that, ever since she had been born and maybe even before, Julia had been autistic. And second, you must understand that, because of this, Julia had spent her whole life watching and learning stories where she had no part, no point of entry, and no value. Julia was trained to imagine herself in stories as someone she was not and could never be, and to define the story of her own life in terms of how it failed to be reflected back to her. And sometimes, most of the times, Julia forgot that she was a person. Stories are important, and she didn’t have one. You are a mistake isn’t a story. It’s barely even a sentence.

I must warn you now that this is not a story of how C or Dan Harmon or Abed Nadir or even Julia herself saved or healed Julia. It’s in the script, but Julia wouldn’t have a voice in any of those stories, either. No, gentle readers and vicious tumblr-ers, this is a story of what it means to start a new story and see on your screen, for the first time, someone who moves like you.

Do you understand what that means?

It’s probably not something you’ve ever really had to think about. But how someone moves is the first thing telling you whether or not they might be able to be you, and you them. And for the first time in Julia’s life, she looked at a character on television and saw a yes.

Abed Nadir walked onto Julia’s laptop screen, and nothing and everything changed.

For the next seventh months, there was a lot of CAPSLOCKING IN GOOGLE CHAT at C about Community and Abed Nadir, but very few words elsewhere. Which was odd, because when Julia liked things, she tended to talk about them too much. This was one of many things she and Abed had in common.

Except, here’s the funny thing. Abed said “I just like liking things,” and it wasn’t just not-punished, it wasn’t just okay — either of which would have been remarkable and unbelievable — no. It was good.

And Julia, who had endless words for a great many small and unimportant things, couldn’t say anything more about Abed beyond he moves like me.

Abed Nadir, you see, is an autistic character.

There’s a difference between TV Autistics and autistic characters on television. TV Autistics — Bones, House, Sheldon, Sherlock — are caricatures, and, not coincidentally, almost all fan-diagnosed. They are socially awkward/anti-social/socially maladapted, eccentric geniuses free of any serious adaptive functioning limitations, motor issues, sensory sensitivities, or language differences, able to manage independently in all major areas of daily living, with a bonus side of savant skills and the empathic range of a rock. They’re awesome, but they’re a stock character, and they manage to simultaneously hint at the autistic experience without actually meaning it. 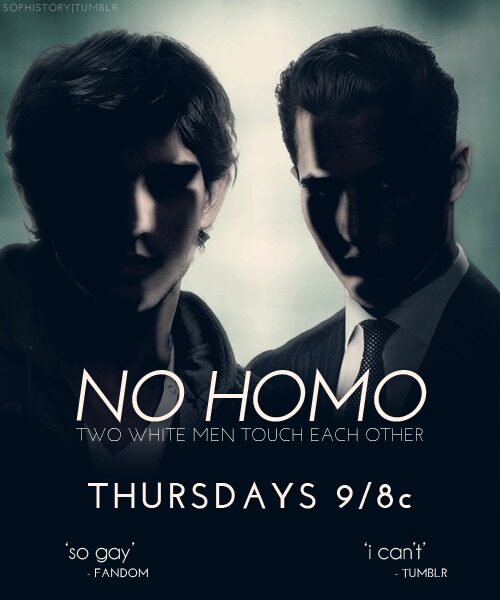 It’s like that poster about gay subtext in popular shows (House, Sherlock, Rome) that was going around a while ago. The irony being, of course, that for shows that are “so gay,” they’re actually not gay at all. The people in charge have found the perfect ratio of homoerotic subtext (all of it) to actual gay characters (none of them) to keep the fangirls creaming their pants and the money rolling in. No one involved has any intention of meaningful inclusion or exploration. You avoid any potentially unpleasant consequences, because the choice to have a gay character was never actually made.

It should be noted that autism isn’t the only reason Julia grew up without People Like Her on television, and it’s not even close to the only reason she has a Thing about stories. And that’s the curious thing about these TV Autistics — someone who’s watched one of them in action is much more predisposed to assume that since Julia is autistic, and since she’s got this extended metaphor (bonus points if you say perseveration) about stories going on, stories must be her Special Interest, the framework through which she filters the world, the poor half-human thing.

And they are, but that’s because Julia is, shockingly, a person at her core. And people need stories.

Which brings us back to Abed.

It’s entirely possible Julia over-identified with Abed, just a tad. Which struck her as first a bit odd — they’re nothing alike, Abed thinks The Breakfast Club had a plot and likes falafel and his mom had the decency to leave — and then as more than a bit precarious. This wasn’t supposed to happen.

(Somewhere, fiddling with her contacts, C arched an eyebrow and said “it wasn’t?” and Julia cyber-kicked her.)

Abed Nadir walked around like a bird or a giraffe, and he couldn’t do thumbs-up and he talked too fast and knew too many things and he was sharp and suspicious and easy and trusting. He did things that were simultaneously uncanny/creepy and sweet/thoughtful, and he couldn’t do bills or read clocks but he could tell psychiatrists to fuck off and he could fight with his best friend when his best friend tried to take charge, and he was jealous and sharp with his crushes. He had friends and private worlds, and all the scars that come from growing up a mistake, and things were imperfect and messy and painful and visceral but he always emerged okay.

Abed Nadir said “please don’t do a special episode about me” and Jeff Winger promised he “wouldn’t dream of it.”

And then he told Abed to pick one reference, and Abed picked Sixteen Candles, so they sat on the counter and ate chicken.

(And Abed didn’t mind who he was kissing so long as he got to be Han Solo, and also he delivered several babies and got to be the good cop and the bad cop and used his diagnosis to get rid of an unfortunate lab partner and took advantage of a stranger in a bar’s patience so he could talk about Farscape.)

And stories are a scary and messy business, full of magic and demons, taunting possibilities and rules-that-aren’t, things we can’t have and altogether far too many opportunities for a sad little girl’s heart to be ripped out of her chest, and Julia kept watching, every week. And you must understand that asking Julia to pick one Abed moment is liking asking Abed to pick one reference.

You must understand that one story is infinitely bigger than zero, and it may still be very small and nowhere near enough, but it’s something.

And yes, her heart was eventually forcibly extracted when Dan Harmon broke his promise and Virtual Systems Analysis was the dreaded Special Episode. And Julia remembered how to breathe, and stitched herself back up, because she hadn’t really needed that heart, anyway. And when it turned out that someone else would be in charge of Abed next year, she remembered what she had always known to be true about happy endings and said goodbye, mourned more than she had for any corporeal person (which was still not very much,) and folded away that part of herself and went back to not existing.

But for seven months.

For seven months, she had.

A version of this essay was previously published at juststimming.wordpress.com.