This month we’re asking our autistic friends and community members What Do You Want? What Do You Need? We’ll be featuring their answers all month long, right here. Please read, listen, and share. 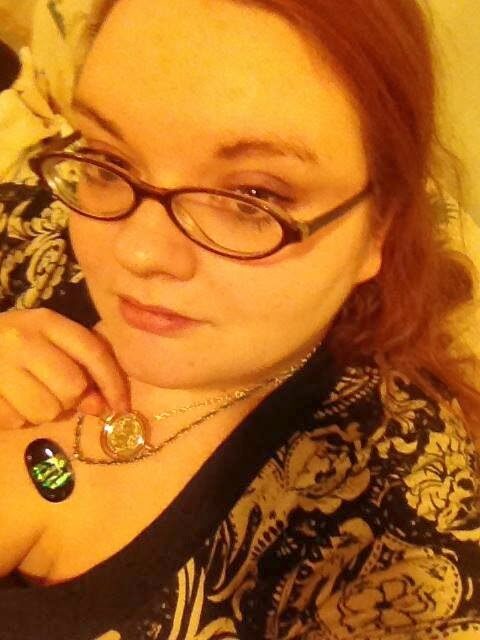 What are some things you like people to know about you?

This is kind of vague for me. Um. The only way I can think to answer this and keep going is to put in my standard bio. I keep one on file because I find it hard to generate one on command, and I edit it sometimes. It makes things a lot easier. Usually I use it for advocacy related things.

“Savannah Logsdon-Breakstone is an Autistic adult with multiple disabilities. She started out doing children’s mental health advocacy in Pennsylvania at the age of 12, and has since been involved at both state and national levels in multiple advocacy areas including class, rural, and ID/DD advocacy.  In addition to this work she writes multiple places, including her personal advocacy blog Cracked Mirror in Shalott. She lives in rural Venango County, PA with her dog, and enjoys doing social media work for disability non-profits. Her non-advocacy interests include Anthropology, Victorian romanticism, and history of oppression, including the history of the ID/DD institution systems in the US.”

What are some things that make you happy? Why?

Right now? STAR TREK. I’ve been immersing myself extensively for about two months. I particularly like Vulcans — that might seem stereotypical though. There’s … a lot of things that bring me joy about it. I enjoy the depth of the cultures that have been developed throughout. They also tackle a lot of social issues, some of which might not have aired if they had been done in a contemporary setting — somehow changing the setting of very real social issues to alien worlds and peoples or in distant times makes it more suitable. Deep Space 9 especially tackled some critical issues. In any case, the deeper why is that my brain hooked on it and found it immersive.

Other things might be my dog Molly or watching my niece learn new things. I also find myself pleased by the times that I get to see people I have the chance to work with become more empowered. Some of them haven’t had the opportunities or encouragement. Some have had one or the other but are making a new step forward. It is … I think exhilarating is the best word.

What are some things you avoid whenever possible? Why?

that micro fleece stuff is horrible. I also avoid wearing pants if possible, though it’s not as strong an aversion — I wear skirts instead. There are a couple of other things as well that are sensory issues. But for me a lot of my tolerance levels for certain sensations fluctuate. Some days I’ll enjoy hugs, and some days even getting close to being touched socially is a big no. My brain just can’t handle the level of input involved some days.

I also try to avoid purposefully putting myself in situations that will cause meltdowns or anxiety attacks unless I have the supports in place to fall back on. For teleconferences I listen and then type over IM so that a person will read it aloud for me. But on rare occasions I’ll try to speak — usually on one topic — but I usually try to have a back up of that instant messenger or texts just in case. Or I might have someone with me when I go somewhere — I might be fine that day, or I might start to shut down and need that person to take over. Unfortunately I just don’t know until it happens.

What features does your ideal living space have, and why?

More charts maybe? Air conditioning for sure, as I can’t tolerate heat. A bath tub is a must for me because I 1) love water and 2) also have chronic health issues and hot baths help with that. Allows dogs/pets — it’s easier if the place allows pets because then it isn’t a long fight to prove that I need my dog’s help. Along those lines, a fenced in yard would be great — I’d be less anxious about accidentally stepping into someone else’s space, my dog would be safe to go out, and I’d have an easier time expecting what will be there. Ideally it would be wheelchair accessible — part in principle, part because stairs are a bit of a barrier for me. Books. A good kitchen with plenty of counter space and clear doors on the cupboards so I don’t forget that things exist. Wifi. No tobacco smoke.

What are your favorite books, movies, and/or TV shows?

Other than Star Trek? I like Doctor Who. I like sci fi/fantasy novels, from Tolkien and Butler to cheezy sci fi/fantasy romance novels. I like history text books and documentaries, though some are rather … biased. I retain my love of the gothic romance genre, as well as early horror stories.

What autistic experiences would you like to see more of, when it comes to storytelling efforts like books, movies, and/or TV shows?

An end of the dorky white genius dude or the savant kid things being the primary examples. More diversity in all aspects — cultural, racial, religious, ability … I’d like to see more people with AAC, and more people with ID. And I’d like to see all these different types of autistics being treated as another part of their communities, and respected — not a token, not “my disability gives me super powers,” and treated as human beings. Too often — particularly when we are talking about Autistics with ID or who use AAC — people are depicted in a really paternalistic way, or end up being more props than characters. These different autistics are all humans, and all should be treated with the dignity and respect any human should be.

What are some things you’d like the media and other people to stop saying about autistic people?

The violence thing. The burden/drain/disaster rhetoric is pretty horrible as well. I’d like us to be treated as human beings rather than props or pets. Not literal pets but that’s the closest word I can come up with at the moment.

If you could change one thing to make the world more friendly to autistic people, what would it be?

I’m going to go back to Star Trek for a moment, and for the record this is something I think would make the world better, period. There’s a concept referred to as IDIC: Infinite Diversity in Infinite Combinations. That we need to respect and honor the many diverse ways that people come rather than change them to fit a cultural ideal. When this is truly done, the things necessitated by that- access to AAC, to health care if needed, to support systems — become a part of life, and the humanity and self determination of each person is honored. It is an ideal, and one that I think is valuable.